A downloadable game for Windows, macOS, Linux, and Android

Cursed with misfortune from her very first breath in this world of endless war, the rabbit eared Xio's fate is changed forever as she is thrust into the prestigious life of a dragoon pilot—a role only one in ten thousand qualify for. 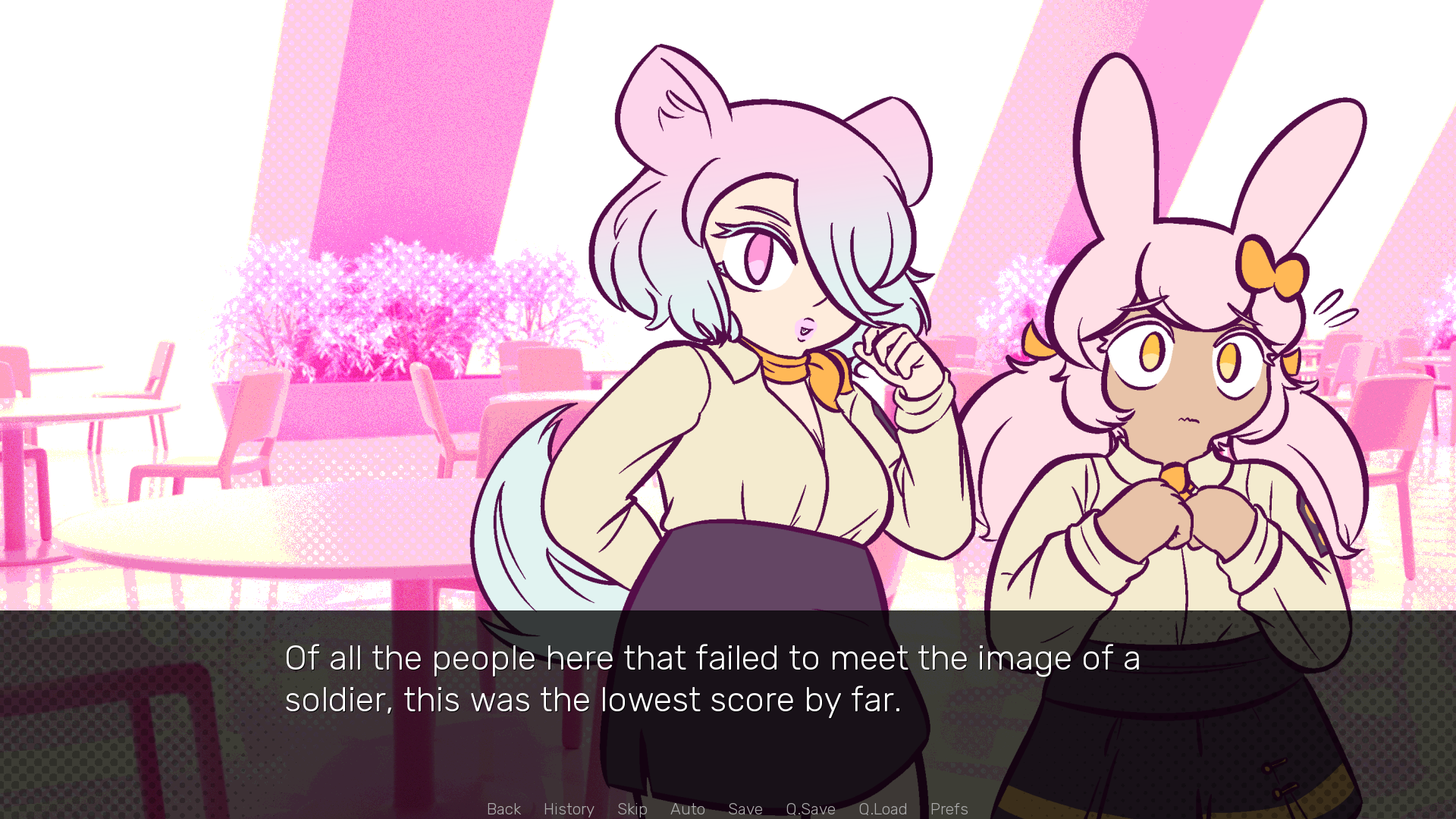 Raised aboard broken-down ships without even gravity, she finds herself set apart from her new peers native to the capital. How is she meant to accept a new life of status on the condition of service?

Glistening cities, food eaten with cutlery, shared cigarettes in the grass, a cycle of day and night, the touch of fur. This is the world she had always hoped for, and the role she wanted the least.

Every step forward is another point of no return. 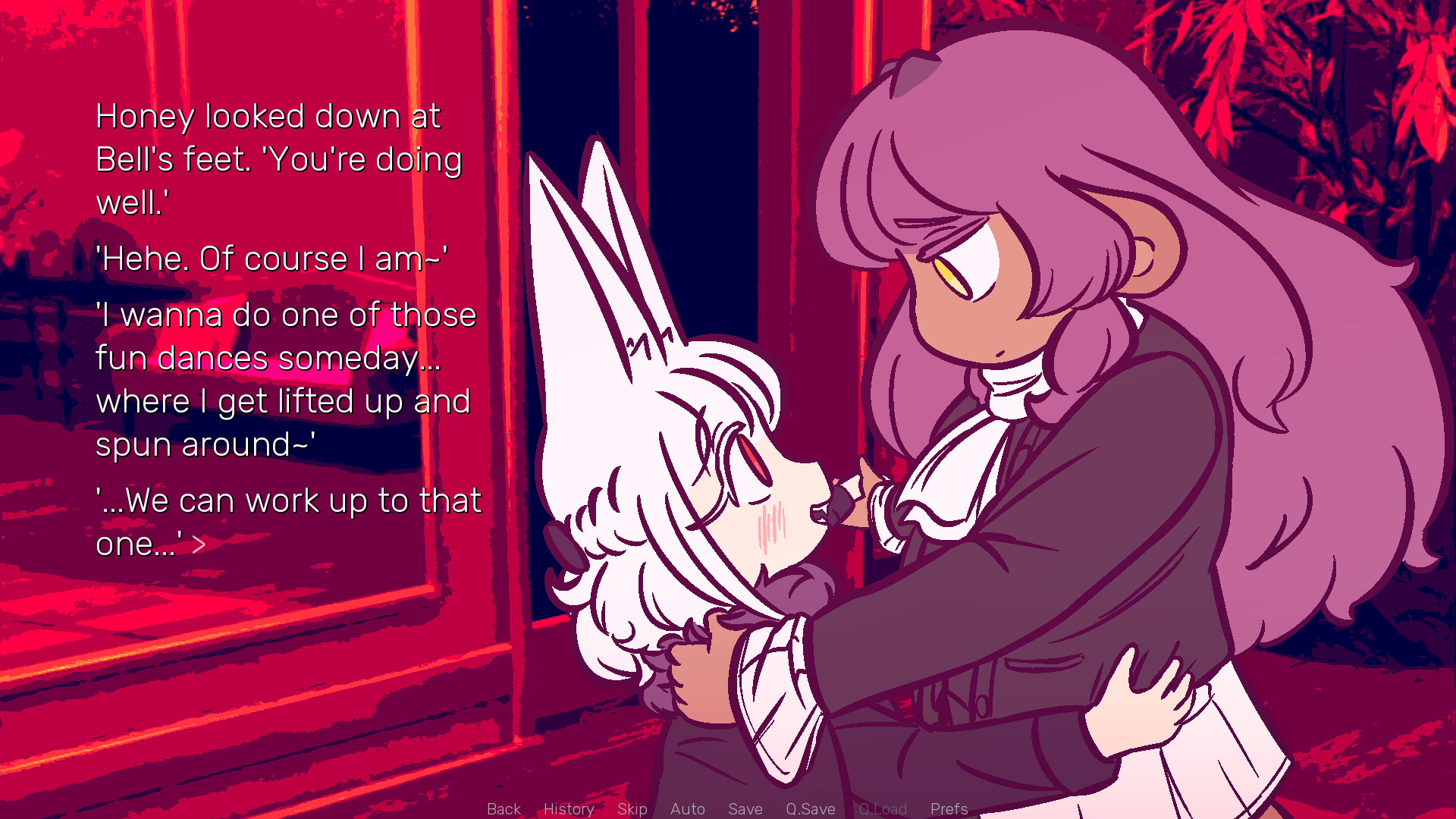 Meanwhile, on the other side of the war, Honey and Bell navigate the suffocating complexities of their rigid, aristocratic society... but can either of them escape the confines of the world they were born into? 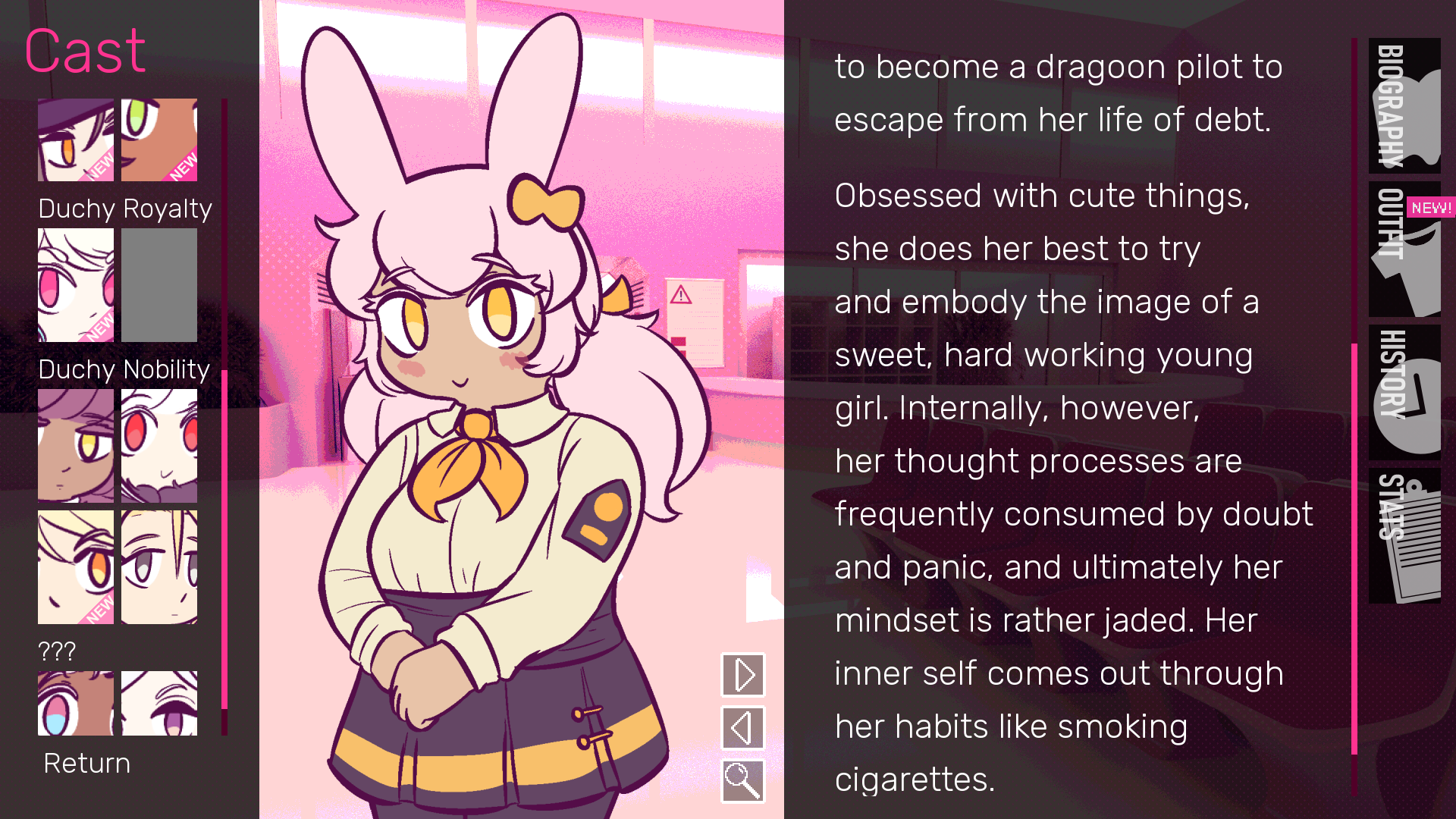 Featuring a vivid cast from both sides of a war, Coquette Dragoon explores the different lives and perspectives in a world beset by tragedy, and those who seek love and connection as their escape from it.

Featuring 3D animation from Chapter 3 and onward, immersing the reader in Xio's experience as a fledgling pilot, and her relationship with an unfeeling war machine; each becoming a part of the other's mind.

Originally developed as a comic, Coquette Dragoon is a serial visual novel combining comic and visual novel storytelling with 3D animation and backgrounds, featuring music by ootheca and clover and sealife. 2D animation by Char.

Chapter 1 was originally a comic, and this version uses a lot of the panels and art from it adapted into a new script. It's old work and wasn't made in very high resolution, but I don't believe I should discard it entirely. Apologies at how crunchy some of it is, but it felt important to leave it in.

To speak a little personally, Coquette Dragoon is my labor of love to contribute to the genres I love, I want to create a work that can stand alongside my inspirations, not to enter the genre as an outsider attempting to 'fix' it. I hope you can enjoy these characters and worlds that have spent a long time living in my head as much as I do.

If you want to support Coquette's development you can subscribe to my Patreon here: https://www.patreon.com/Burgeroise

To put it plainly, Coquette has a cute art style and a lot of gentle tones to scenes, but it is not fluff. Murder, death, suicidal ideation, fetishes, abuse, incest, drug abuse and other dark themes are presented, or will be presented in future volumes.

Coquette Dragoon is currently in early access, containing the first two chapters and the opening sections of chapter three. The full release will come later in the year, containing the full third chapter, glossary and guest art. Currently contains ~60k words. Owners of this version of the game will recieve the full version of Volume 1 at no extra charge when it's finished.

In order to download this game you must purchase it at or above the minimum price of $15 USD. You will get access to the following files:

already, Coquette Dragoon has made itself a sterling example of everything the independent visual novel scene can achieve. a beautiful and stylish flourish, holistic in its excitement, that should be looked to for inspiration by anyone who might set out to make something of their own.

it reinvigorated my own enthusiasm to make cool queer art.

I think Bell is really neat!

adhd makes it really hard for me to engage with VNs usually, but I just spent all day reading this and it's so good, thank you so much for your work, I'm in love with all the characters.

Reply
Ivy May89 days ago

I love how fucked up and endearing all the characters are. There are some great moments of just existing in a character's head and being with them while they think through some stuff that works really well.

I love how thoughtfully it is engaging with all the sci-fi/mecha stuff with a clear vision for what it wants to get out of that. The stuff in the chapter 3 preview especially is very exciting to me to see how it continues.

I love how many clever flourishes and moments of good craft are present. Cutting in the dishes being eaten in the cafeteria scene or Ayane and Bell's animated character sprites are both so good. The music is consistently good.The 3D animations are great too.

I am looking forward to the full release of chapter 3.

Reply
Ivy May120 days ago

thank you so much!! the feeling of being able to exist inside of someones head is really important to me...

I really loved reading this. Thank you for making it, and I'm so excited to see where you take this story!

Reply
Ivy May153 days ago

Thank you for reading it! <3

This is incredible! I haven't been this interested in a story since my first playthrough of Fate as a teenager years and years ago...

I worked a night shift at Amazon—and a lot of other factory/warehouse/hard-labour jobs for that matter—for quite a long time. At first glance, I'm physically the furthest thing from Xio. But the way she describes that "previous chapter" in her life... I felt that fluorescent lighting beating down on my neck.

To have that feeling, while just reading a story... I've had that before, but never anything to do with work. In a space where it couldn't actually hurt me, it felt like those moments coming off of a really cool scare in a horror movie. My sincere thanks for writing so powerfully on a topic most stories barely think to approach. I'm sure things will end great for Xio!!!!!!!!!!!!!!!!!

Bell and Honey were delightful. At the start, I thought Bell might have some relation to Emil, but I was completely blindsided by her actual situation. I was right there with Honey, retroactively wanting something better for Bell. I'm really rooting for the both of them.

Apologies for the tangent! You've got a sharp hold on a great story so far, I can't wait to see where it goes. Keep writing with your heart!!!

Reply
Ivy May156 days ago

Thank you so much! I actually wondered whether Bell would be read as a relative of Emil's, she isn't, but their palettes are pretty similar...

Just finished the first chapter and holy shit is this good. I think i see some of the inspirations but i'll hold my tongue for now until i have more to say than just "it feels like this!" can't wait to read  chapter 2 and wait for 3 with baited breath!

you have something really insightful and emotional and horradorable here

themes of how the military promises power that perverts you (not in the good way!)  ,how that perversion is still there even if  they arent strict or let u have an idealized and cute form ,how the military apparatus uses our passion and our desire to escape destitution to make recruitment that much more seductive... are all really intense and hit with a clarity that something in this style could only provide

thank you for making this. glad it doesnt just live inside your head anymore

thank you so much!!

srsly this is my fave vn ever i love the entire cast n story so far and ur art is just so!!!!!! cute!!!!  i cannot wait for the full chapter 3 <3 bells piss kink makes me feel so representated LMFAO

After checking out the chapters currently available, its really nice to read an indie VN that so openly expresses the author's vision and experience from their interests to aesthetic tastes.

At times it felt pretty jarring when the story shifted from operating with the author's intimate understanding to a pastiche of popular media etc. like when talking about the social structures the characters inhabit.

I say that because I was recommended this game as a fan of Ryukishi07's work, who's VNs draw from his time as a government worker and similar experiences when talking about these kinds of issues.

Sorry for the diatribe, I really loved what I've read so far. It has beautiful presentation and I'm excited to see what happens next.

bought this after mulling it over a bit, and i dont regret it a bit!! lowkey wish i had my own dragoon, minus all the scary war and fighting-

i love the colors, the adorable art style, the lovable characters, the neat mesh between 3d and 2d, and the interesting world and lore that yew've built!! i cant wait for chapter 3!! (thanks fur not ending the purreview off on a cliffhanger or anything, i dont think i would've been able to take that, haha)

thank you so much!!

i think this game is making me develop a thing for diapers and puppies. i love it

the highest honor any creative can hear

I found a (very minor) bug in that whenever you boot up it seems it believes all the outfits are new again, so itll show every character as having a new outfit (or maybe it's just it flags every character instead of the actually ones when you comoplete a chapter?) nothing serious or anything, just something i noticed.

thank you! i'll take a look at this

Amazing and wonderful! i teared up when Bell showed up on screen and i got to here her wonderful theme!~ I'd love if possible when the next chapter comes out there could be a lil slider or something for teh transparency of the character symbol in the text box, it's a wonderful addition but a bit hard for me to quite tell who's talking at times...

thank you! and yes i can add this, i'll include it with the full volume release

that would be wonderful! i just finished reading the new chapter 2 (i apparently left off at the last duchy scene). it was wonderful, and i love the author notes... lots of nice info there.

HOW DID I NOT PLAY THIS BEFORE???

Looking forward to the official release!!

This game looks great! Is there a linux version on the patreon?

yes! the pc version runs on windows and linux 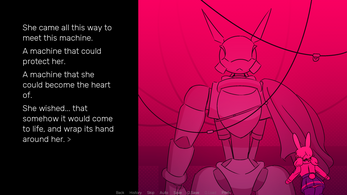 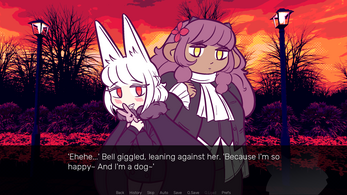 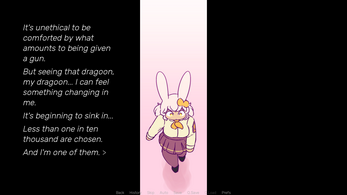 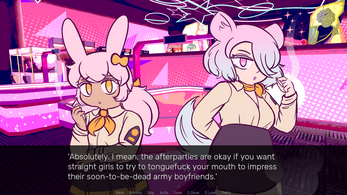 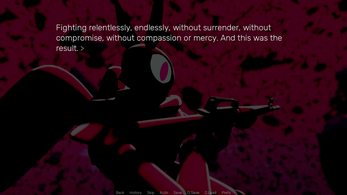 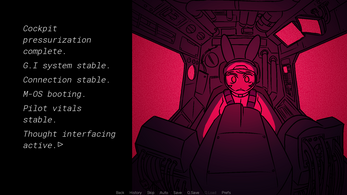 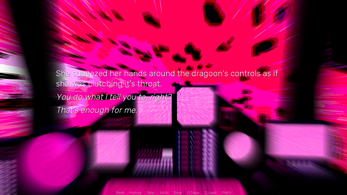 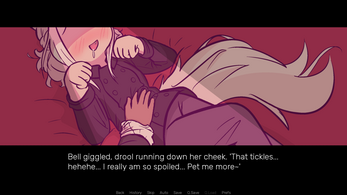 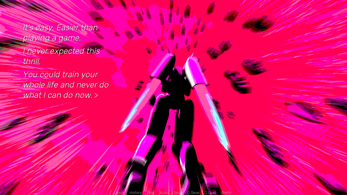 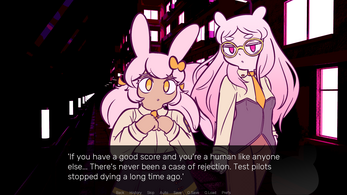 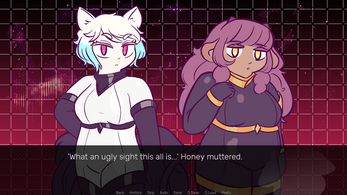 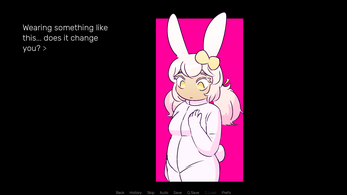 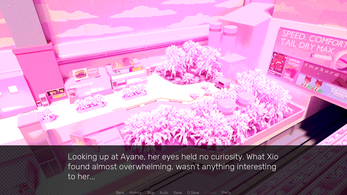 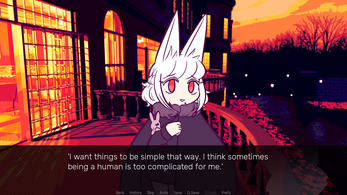 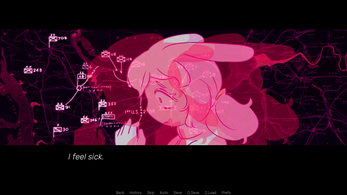 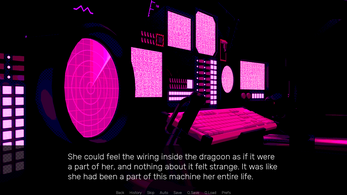